I was really excited to get this unit and waited a month for it to come back in stock. I had read some really great reviews on the new Komplete Kontrol/NKS system (I use numerous supported VSTs), the light guided keys, etc. However, the one review I could not find a solid answer on was the keybed, thus my review will focus primarily on this one important area – hopefully to help another person looking for information.

FATAR is not an unknown name for us composers, and apparently this is a FATAR keybed that NI has used. More than likely some of us have used StudioLogic boards or even the FATAR boards (think Doepfer) from back in the 90s until now (SL88, LMK2 – 4+, etc) They were/are killer. Some had wood keys and the action was really great – graded hammer action, likened at many levels to a natural grand piano. I was hopeful this was the case with the S88, but I couldn’t find any info to verify that. So, I did my homework, I asked around, I even wrote to Native Instruments and tried to find out more about the keybed before I pulled the trigger on the unit. I wish I could have just tried a unit out locally but nobody had them in stock (a good sign perhaps?). The response I got from NI was less than ideal – infact, it was a bit presumptuous:

“As it turns out we’re not communicating used parts of our hardware products to the general public – in addition, there’s much more adding to the playing experience than just a specific type of keybed.”

Listen, I understand if you don’t want to release your hardware secrets. However, to say that there’s more to a playing experience than “just a specific type of keybed” tells me that NI doesn’t understand that the playing experience BEGINS at the keybed for a very large population of the people who will be buying an 88 key controller. It’s probably the most important part of that particular product line. Their response left me wondering if maybe they didn’t really care about the keybed much and were banking on the integration only. Still, I took a chance and bought the board hoping all would be fine. After all, FATAR and Native instruments together on 88 keys! Enough said right?

When the S88 arrived, I pulled the unit out of the box, purposefully preventing my fingers from pressing any of the keys until I was sitting in front of it. I wanted to set everything up and have a true in-use, in context trial of the unit with 8DIO 1969 Grand loaded up, etc,etc as my first experience. The first few minutes I think I was more taken back by the beauty of the unit. The lights, the gloss, the knobs… oh the knobs feel just awesome. But, when I closed my eyes and began to really take in the keybed, I already knew in my gut that my worst fears were becoming true. The keybed was frighteningly cheap feeling, like a toy Yamaha keyboard I grew up with. The keys are heavy gloss/slick plastic tops with extremely spongy, heavy weighted action – nowhere close to the feel of a standard piano (knowing that action is pretty broad on acoustic pianos). I was so bummed. I waffled back and forth for days trying to decide if the hardware controls (NKS) and light guide would be enough for me to keep the unit and overlook the horrible action/feel. I tried to write a couple pieces and work with other instruments to win me over. But when it came down to it, I already knew that my creativity doesn’t begin in the knobs and the lights. It begins the moment my fingers touch the keys. And if the keys don’t respond well, no amount of pretty lights and fancy software integration is going to help creativity move from my fingers to recorded tracks. Don’t get me wrong, that fancy software integration kicks major butt, but it’s all worthless if your keybed is uninspiring and fatiguing to play.

I’m disappointed that NI has put out a product that has so much potential with its integration with Komplete and other VSTs, but fails so much in the one area that a “weighted” 88 key controller needs to excel – the action and feel of the keys. If NI creates another version of this unit with a graded hammer action keybed (think Fatar TP/40GH or Roland Ivory Feel), I would buy it in a heart beat. Until then, if you are a composer looking for something that resembles piano action (or comes close), avoid this unit. It’s not what you are looking for.

Pros:
– Beautiful instrument. Well built and sturdy.
– Not heavy, but heavy enough to take a beating with some forceful key strikes.
– Software integration with Komplete is really nice and makes manipulations a breeze.
– The light guided keys are to die for. GAHH! Loved this feature. No more hunting for key switches.
– Ribbon mod/pitch “wheels” are so much fun to play with.

Cons:
– Keybed action is extremely heavy, spongy, lacks graded hammer action.
– All keys are the same weight from lowest to highest.
– Keys are glossy plastic and slippery and fatiguing – not good for long hours of writing/playing.
– Velocity manipulation is limited to presets inside komplete kontrol instead of allowing precise customizations for varying playing styles.
– No step/cent tuning. Only octaves. 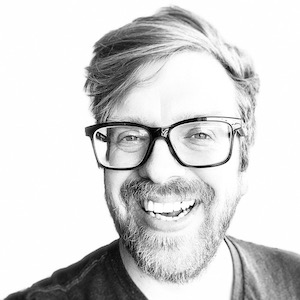